Herstory.York have been awarded a grant by the National Lottery Heritage Fund. This funding will allow us to build on the work of the project, in particular develop educational resources in partnership with local history teachers.

‘Epic’ in the Press

Two fantastic articles by York Press who have reported on Herstory.York as an epic and  unique project which has documented the lives of 100  women who have helped ‘shape the York we know today’

Herstory.York are working with The Good Organisation to develop a walking trail in York based on some of our 100 women. We hope to launch this on International Women’s Day 8 March 2022.

Students from the University of York have been researching women for the project in partnership with York Museums Trust and Herstory.York. They have focused on women active in York in the 1800s, including the fascinating story of Mary Stubbs – who took a man to court in 1841 for sexual abuse and harassment, and won! […]

Herstory.York is delighted to be partnering with York Museums Trust (YMT) from April 2021. Phillip Newton from YMT said: “This is a new long term relationship for York Museums Trust and we are excited to work together on raising awareness of the impact women have made on the city, as well as uncovering stories in […]

‘The history of York is full of fascinating tales, but far too often it is stories about men, told by men. It’s His Story…’ Our event for York International Women’s Week 2021 YIWW2021 will: tell the story of how the HERSTORY.YORK project started, what we’ve done so far, and introduce our exciting new partnership with York Museums […]

Herstory.York are working on a guide to some of the most useful and interesting items about York women we have found at York Explore Library and Archives. Keen to help us? Got suggestions? email herstory.york@gmail.com 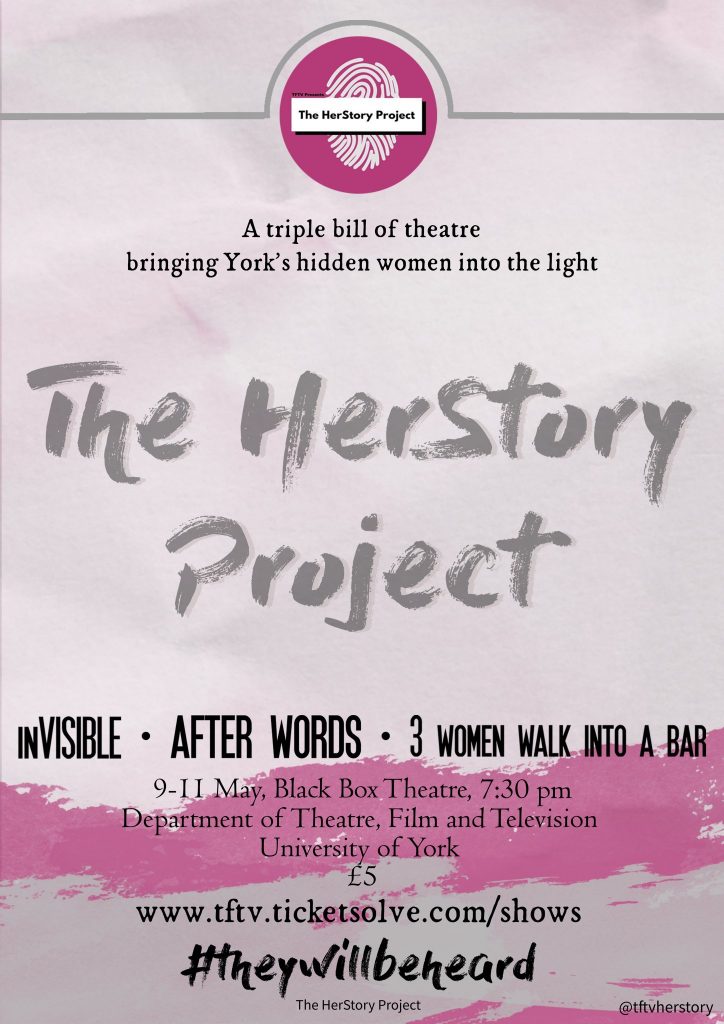 The University of York TFTV presents: The Herstory project.  Over four weeks, second-year Political Theatre Project students from the Department of Theatre, Film and Television at the University of York, in collaboration with HerStory.York, present: The HerStory Project, a theatrical anthology to honour a few of the forgotten women of York – a triple bill of shows […]

An exhibition displaying the images and stories of many of the HERSTORY 100 will be on display in the foyer at City of York Council’s West Offices for York International Women’s Week 2019. @yorkwomen www.yorkwomen.org.uk

100 years after votes for women, these are the women who have helped change York (York Press) 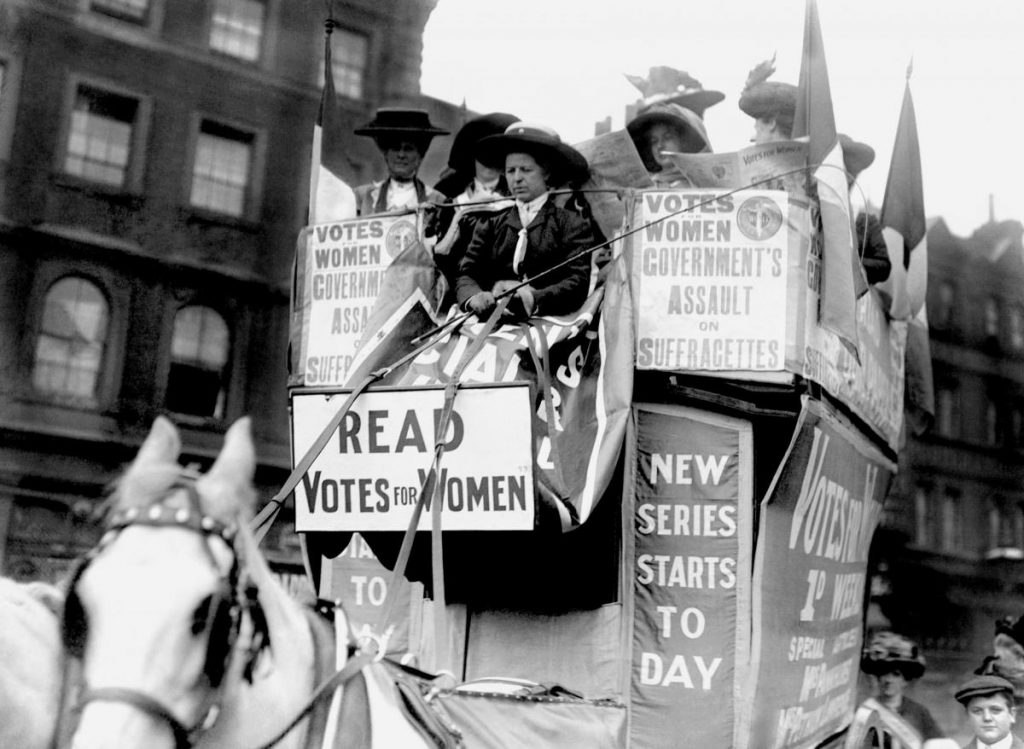 History has been written by men for men, in other words. If an alien who had been learning about us by reading our history came to Earth, she/he/it would be surprised to learn that women actually made up just over 50 per cent of the population, Kate says. Women are so absent from history books, […]