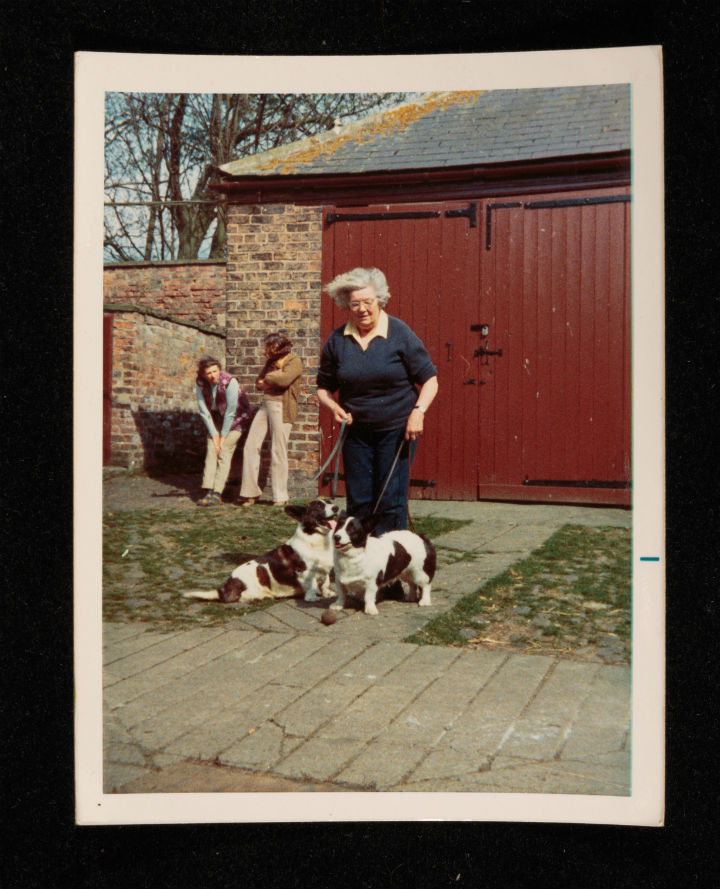 Catherine, Muriel ‘Kit’ Rob (1906 – 1975) was an authority on botany and President of the Yorkshire Naturalists Union. I am delighted to be able to tell Kit’s biography because I knew her as a friend of my family.

Catherine Muriel Rob was her full name, but I always knew her as ‘Kit’. She was born in 1906 (d.1975) and was in the army during WW2 with my aunt, who met her at Catterick Garrison. Kit was the Hospital Cook and my aunt went on to become a Medical Dispenser.

The first time they met, Kit was on her hands and knees with a cigarette in her mouth scrubbing the floor. They became close friends for life and Kit was a friend of my family for many years. She was a formidable woman, who became an authority on Botany despite her lack of a formal education. I recently discovered this, but for many years I only knew that she had written a chapter on wild plants in the North Yorkshire Moors Guide and had been a campaigner for conservation.

Looking through my mother’s papers when I was clearing her things, I discovered a newspaper article describing Kit’s life. She had a keen interest in flora from an early age. At home, she was a permanent nuisance to the gardener from the age of 4 with her constant questions about plants. Later he developed a grudging respect for her knowledge. Kit had no time, however, for her governess who did not appreciate her interest in Botany.

She never had the opportunity of a formal education, unlike her brothers. She became a member of the Wild Flower Society at the age of 17 and she later became Branch Secretary holding this position until 1971; Kit was committed to supporting other budding Botanists. She was Chair and President of Yorkshire Naturalists Union. Her most notable achievement was to become the President of the Botanical Society of the British Isles, a society that helped to complete the iconic Collins guide to British Wild Flowers. Kit could always hold her own with more qualified botanists with titles. The only formal qualification she had was one that she paid for.

She was unconventional and determined. She always delighted in seeing my family and we were keen to see her, and her loo decorated with beer bottle labels. After caring for her mother and aunts, Kit moved on to breed Cardigan Corgis and her champion ‘Echium’ won Top Dog at Crufts.

Kit Rob’s papers were recently found by Lydia Dean, Archivist, in the Yorkshire Wildlife Trust Archive and are now held at the Borthwick Institute at the University of York. She was celebrated on International Women’s Day 2018 by the Borthwick, and Lydia Dean commented that ‘It is wonderful to celebrate a remarkable woman who became an authority on Botany, despite living in a time period with limited opportunities for female scientists’.

Images of Kit Rob ©By kind permission of Pauline Alden