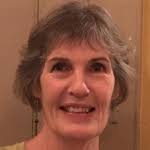 Helen grew up in East Anglia. She gained a degree in biological science and masters in botany. She did a PhD at the University of Wales, Aberystwyth, studying the impact of heavy metals from historical mining sites on plants. She then became a food scientist. In her spare moments she also studied part time for a Masters in chemistry and travelled the world giving presentations and participating in EU projects.

In 2001, Helen moved from scientific research into corporate management and became the director of corporate services for the Central Science Laboratory (CSL) in York. In 2008-09 Helen was the transition programme director for the merger of CSL with other divisions, including the Plant Variety Rights Office and Seeds Division (PVS), and the UK Government Decontamination Service leading up to the establishment of the Food and Environment Research Agency (Fera) in 2009.

Helen then headed up Fera’s Inspectorate programme which included the National Bee Unit (NBU) and Bee Inspectorate and dealt with two challenging issues. Firstly, she became acutely aware of the importance of honey bees, and worked with the NBU, British Beekeepers Association and other stakeholders to establish the Healthy Bees Plan that Defra initiated in response to concerns about bee health and to complement the existing bee health programme. Secondly, she worked in a series of task forces to help bring about changes to the fees and charges framework for plant health, plant varieties and seeds..

Her next role was head of the Better Regulation project in 2013 to establish Fera’s response to the Government’s agenda for improved regulation and reduction of burden on industry, She helped culture change in Fera in preparation for its move to the joint venture company Fera Science Limited in 2015. In October 2014, the Inspectorates and PVS transferred from Fera to APHA. Helen became the director for plant and bee health and was “delighted to be working with the inspectorates and PVS again”.

Helen made a decision to retire in 2016. She was “thrilled to receive an OBE for services to plant and bee health the following year. The fact that this is something that others nominate you for makes it very special” Just before retiring, Helen became a Trustee for the Yorkshire Arboretum and later became a governor at York College. The college needed a female scientist to provide a role model for youngsters. Almost fifty years ago, she studied A level sciences and then found herself in a position to champion those subjects. Full circle!