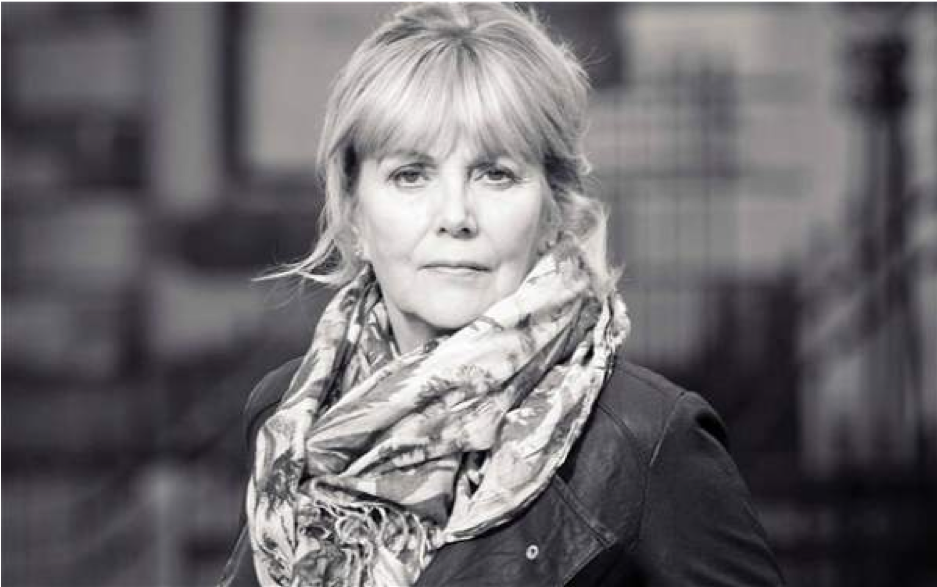 Kate Atkinson was born on 20 December 1951) and raised in York; an only child of shopkeepers (pharmaceutical supplies – as in Behind the Scenes at the Museum). Keen that she should have the life chances he lacked, her father sent her to a fee-paying school in York. Passing the 11-plus earned her a place at Queen Anne Grammar School for Girls. She was an avid reader who later said she read Alice in Wonderland once a week for five years!

After Queen Anne’s she read for a Master’s in English at Dundee University. In Dundee she married a fellow student and gave birth to her first daughter. She remained in the city as a postgraduate student researching ‘postmodern American fiction’. She was aggrieved when she was denied a doctorate but later regarded it as the making of her: ‘Your life is made by the failures in it, not the successes.’ Later the university offered her an honorary degree but this was, in a letter, ‘incredibly politely refused’.

By her thirties, her marriage had broken-up and she was scraping a living through a succession of jobs including: chambermaid, teacher, and working at Jenkinson & Knott solicitors in Stonegate, York. During this time, she had begun to write short stories. In 1988 her short story In Chinawon a competition run by Women’s Ownmagazine. As a result, she had short stories publish in Good Housekeeping and the Daily Mail. The Ian St James Award for a short story was awarded to her in 1993 for Karmic Mother – Fact or Fiction and four years later the story was adapted for television.

Kate Atkinson’s first novel Behind the Scenes at the Museum, set in York and Yorkshire, grew out of a series of short stories. This book won both the 1995 Book of the Year and First Novel Whitbread Book Awards, and was dramatised for radio in 2000. The book was inspired by a dream she had about walking around the Castle Museum, York, where the exhibits in the street scenes came to life. In July 2014 Kate opened the Castle Museum’s First World War exhibition. She said at the time she felt she had come full circle.

She followed this success with several novels, many of which also won major prizes, for example, Human Croquet (1997), Emotionally Weird (2000). Her most critically acclaimed book to date is Life After Life (2013), followed by God in Ruins (2015). In September 2018 Kate Atkinson came to York Explore to speak about her latest book Transcription (2018).

Her most popular main character Jackson Brodie, a Yorkshireman, one-time soldier, ex police officer and private eye turned millionaire appears in Case Histories 2004), One Good Turn (2006), When Will There Be Good News (2008)and Started Early, Took My Dog (2010); Kate Atkinson read from the latter at the York Literature Festival in 2010. In 2018 when Kate announced that there would be another ‘Jackson Brodie’ novel to be published next year to the 200 people attending at York Explore, there was audible excitement.

Amongst her other works are the short stories and plays for broadcast Inner Balance, Partner for Life, and Little Lives, and a full-length play Abandonment, first performed at Traverse Theatre in Edinburgh, where Kate Atkinson now lives, and in York in April 2003. In 2011 she was awarded an MBE for services to literature.

We in York are proud of our association with Kate Atkinson, who has achieved so much and given so many of us pleasure when reading her books.

Personal recollections of Patricia Morrison who worked with Kate at Jenkinson & Knott solicitors in Stonegate, York.