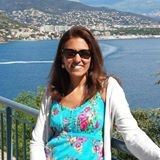 When meeting Miss Nasr, as a patient or interviewer, you are immediately struck by her amazing smile and the calmness about her. You feel safe. As I told her at our interview, this is very important when you know that soon you will be lying unconscious and she will have something very sharp in her hand.

Rana Nasr was born on 6 February 1965 in Egypt. On leaving school she considered her career options to be Pharmacy, Chemical Engineering or Medicine. Having a dislike of Chemistry as a subject, she enrolled at Cairo University to study medicine and qualified in 1989 with an MB Bch.

A career in medicine is very much self-managed. Doctors need to identify and pursue their next move by getting employment in hospitals, which enable them to gain experience, training and to qualify in their areas of interest.

She wanted to be a surgeon in spite of the fact that there was only one woman surgeon working in Egypt at that time. Many consultant surgeons at the teaching hospital where she worked refused her application to be trained alongside them. Eventually, one told her she should be ready to ‘scrub’ for him at 8.00 a.m. the next day. Although she wasn’t allowed to take part in the surgery, she was told at the end she had got the job. It was a very long and complicated operation finishing at 7.00 p.m. She believes that she was successful because she was still standing and alert after all this time.

In 1995 Rana and her husband came to England, initially for one year in order to study and take their Fellowship of the Royal Colleges of Surgeons exams, FRCS. This would qualify them to practise as senior surgeons. They then decided to pursue their careers here in the UK.

A surgeon spends time learning general surgery before specialising. Her career path took Rana from London, Mansfield and Sheffield by 2002, before arriving at York in 2012 to take up a consultant’s post.

Rana decided to pursue an Oncoplastic Breast Surgery Fellowship in Paris under Dr Krishna B. Clough. Dr Clough is renown as one of the greatest oncoplastic surgeons. At first he was reluctant to offer her the chance to work with him because she would need to communicate to other medics and patients in French. This problem was solved when she told him she had attended a French speaking school in Cairo.

I asked Rana what the best part of her job is. She replied that she loved getting letters and cards from her patients. She also ranks being one of HerStory’s women of York as being an expected bonus.

From conversation between Rana Nasr and Lynn Liddle, 5 September 2018