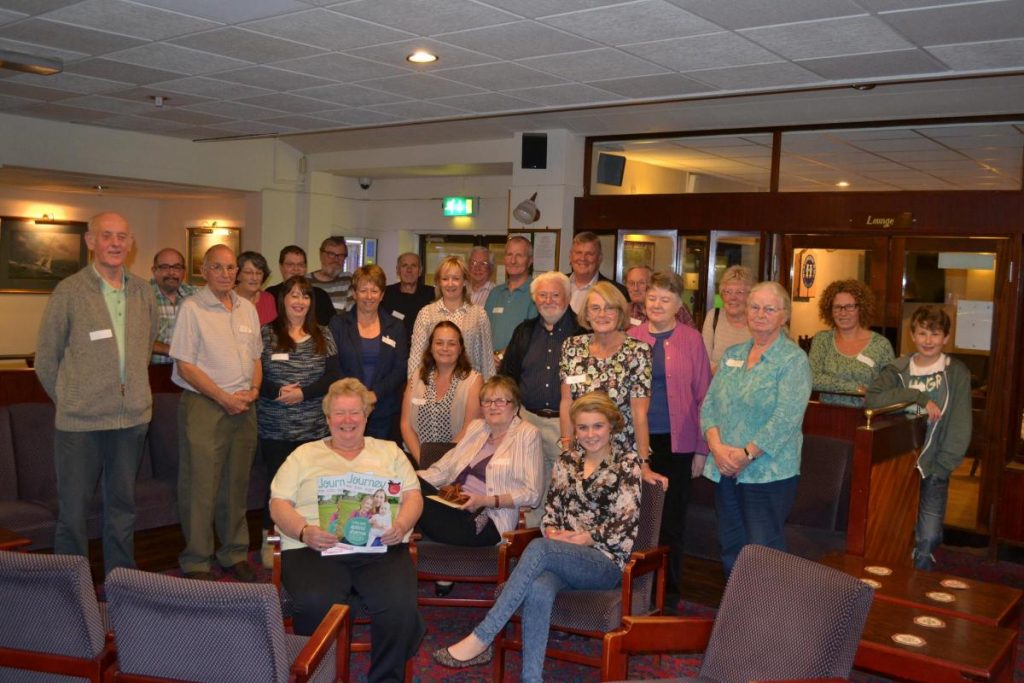 Carol Miller (1949-) formed the York Haematology Support Group (YHSG) in 2012 for people with blood cancer. In 2004, Carol was diagnosed with Acute Myeloid Leukaemia at the age of 55.  After she relapsed in 2006, she was referred to St James Hospital, Leeds for a mini bone marrow transplant. Before agreeing to this, she wanted to speak to someone who had undergone the same procedure but this was not possible because of patient confidentiality rules. She did not go ahead with the transplant but decided to try and create a support group. She had discovered that there was no support provided for any blood cancer patients in the York area other from that already being provided by NHS medical professionals. Due to her own experience and that of her family and friends, she thought it would be beneficial to open the group to families, friends and carers “as they were also on the journey with the patient”

Carol contacted the Yorkshire and Humberside Haematology Network based at the Epidemiology Department of the University of York who were very supportive and helped her to successfully launch the group in January 2012. It gained over fifty members and meetings are usually held monthly at Huntington Working Men’s Club. There have been a variety of guest speakers including scientists and researchers from the Haematological Malignancy Research Network, (HMNR); Haematology Consultants; Clinical Nurse Specialists and Benefits Advisors. The group is self funding and has played an integral role in assisting to set up new groups in other areas.

Members of the YHSG have visited the Cancer Research UK blood laboratories and Haematological Malignancy Diagnostic Service in Leeds: “to witness at first hand the research and work that is taking place” and some have also visited the Francis Crick Institute, (Biomedical Research), in London. The Group has also attended meetings in the Biology Department of the University of York and have assisted with research; this has contributed to student’s learning experiences.

Carol explained that “not everyone is comfortable in a group situation and sixteen members of the group have undertaken a one day ‘buddying and befriending course’ run by Macmillan. They can give hope and reassurance on a one to one basis at any stage in someone’s journey”.

In 2017, she was honoured with the Beacon of Hope Award by the Lymphoma Society and was invited to receive it in Birmingham. Mobility issues prevented her from travelling there and to Carol’s surprise Dr Martin Howard, Consultant Haematologist at York Hospital, and her Consultant from diagnosis in 2004, presented the award to her. He complimented her by saying that she deserved the award for all the hard work she had put into making the group a great success and that it had proved to be a much needed facility in the area.

Carol had spent the whole of her working life in administration. She had a secretarial role in the NHS and was retired on medical grounds in 2007 following her relapse. Her administrative experience and skills have proved invaluable in organising the York Haematology Support Group.

Correspondence and conversations with Carol Miller