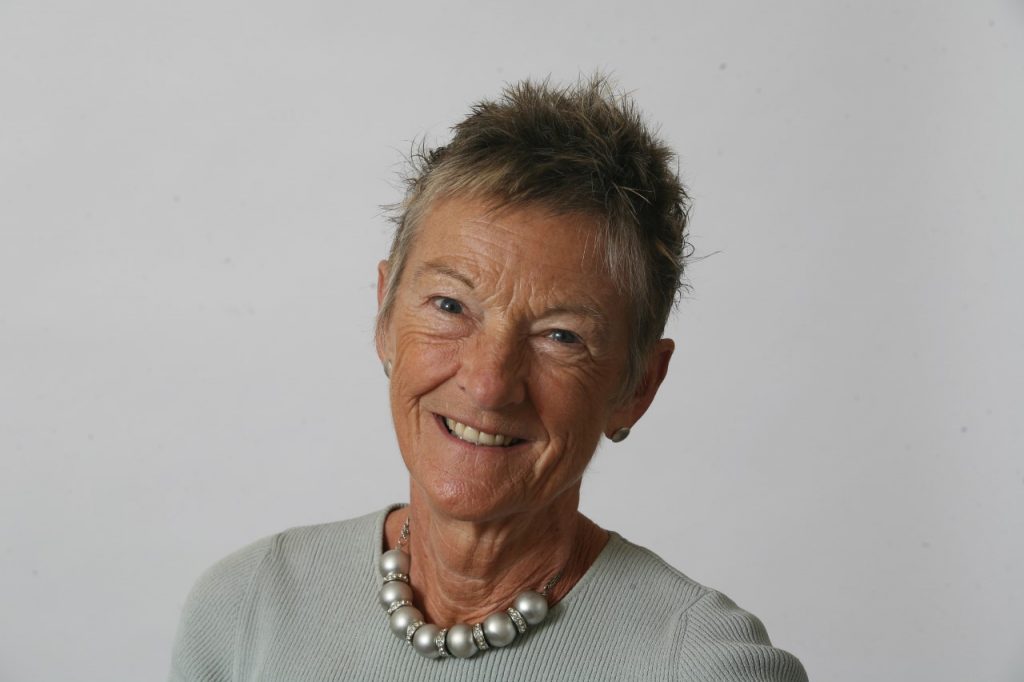 Dianne was born 3 days before the end of WW2. At 18 she left home, went to London, refused to go to University, married a member of a rock band and had 2 children! Ten years later, at 28 she went to the University of Surrey which stimulated her interest in social gerontology. She moved from London to Sheffield as Assistant Principal of Sheffield Hallam University and then to York in 1999, as first female Principal of Ripon and York St John College in 160 years. She was convinced that Higher Education must link with community and public service.

During her time at York St John, Dianne not only built up the College’s reputation both within the city and beyond, widening the local intake, but also opened it to wider cultural elements. The Yorkshire Film Archives were located there, and Dianne took a real interest in their work. She also continued to support the Centre for Global Education, which had moved from the University of York in 1993, further linking YSJ with the wider world.

After closing the Ripon campus, York St John became a University, a long seven-year process, successfully achieved in 2006. Dr John Sentamu, then Archbishop of York, was its first Chancellor.

During her time as Vice Chancellor of YSJ University, she received a CBE in 2008 for her services to Higher Education and Communities in Yorkshire. And in November 2009, Dianne became the first woman to receive the York Press Lifetime Achievement Award. The Judges noted that she was ‘someone who has provided the great and improving education that all businesses need, a woman deeply immersed in the cultural as well as educational well-being of the region.’ Her achievements also included overseeing the creation of Science City York Phoenix Centre, the incubation unit of 14 creative digital start-up businesses.

As a member of the Board of HEFCE, she chaired the Action on Access Forum and was a trustee of the Council for Industry and HE and actively involved with York at Large. She co-founded the Higher York Consortium initiative, bringing together all of York’s higher education organisations, and increased the number of exchange visits and international students – bringing the world to York and taking York to the world.

She was Chair of the York Theatre Royal Trust at the time when the Theatre was involved in its ground-breaking production of the Railway Children performed with real trains at the National Railway Museum in York!

Dianne retired from YSJ in 2010 but did not cease her work within York and North Yorkshire. She became vice-chair of the Joseph Rowntree Foundation and continued her support of the Arts as Senior Independent Director of York Museums Trust, and championing the Biennial York Mediale Festival- giving visibility to York’s unique UNESCO designation as UK City of Media Arts. From 2010 till 2019, Dianne was non-executive director of the NHS Teaching Hospital Trust and from 2013 till 2018 she chaired the City of York Council’s Fairness and Equalities Board. She was also a Deputy Lieutenant of North Yorkshire.

With retirement, she has not lost sight of her interest in gerontology and is now Chair of the Wilf Ward Family Trust, Patron of Older Citizens Advocacy, York, and has served as Health Champion for York’s Older Person’s Assembly.

There is still a long way to go for women, Prof Willcocks says:

“No matter where you look, at the top, middle or bottom, women still earn less. Women are still, for the most part, seen as being responsible for the caring role – that is not inevitable at all. And the workplace could be more woman-friendly.”