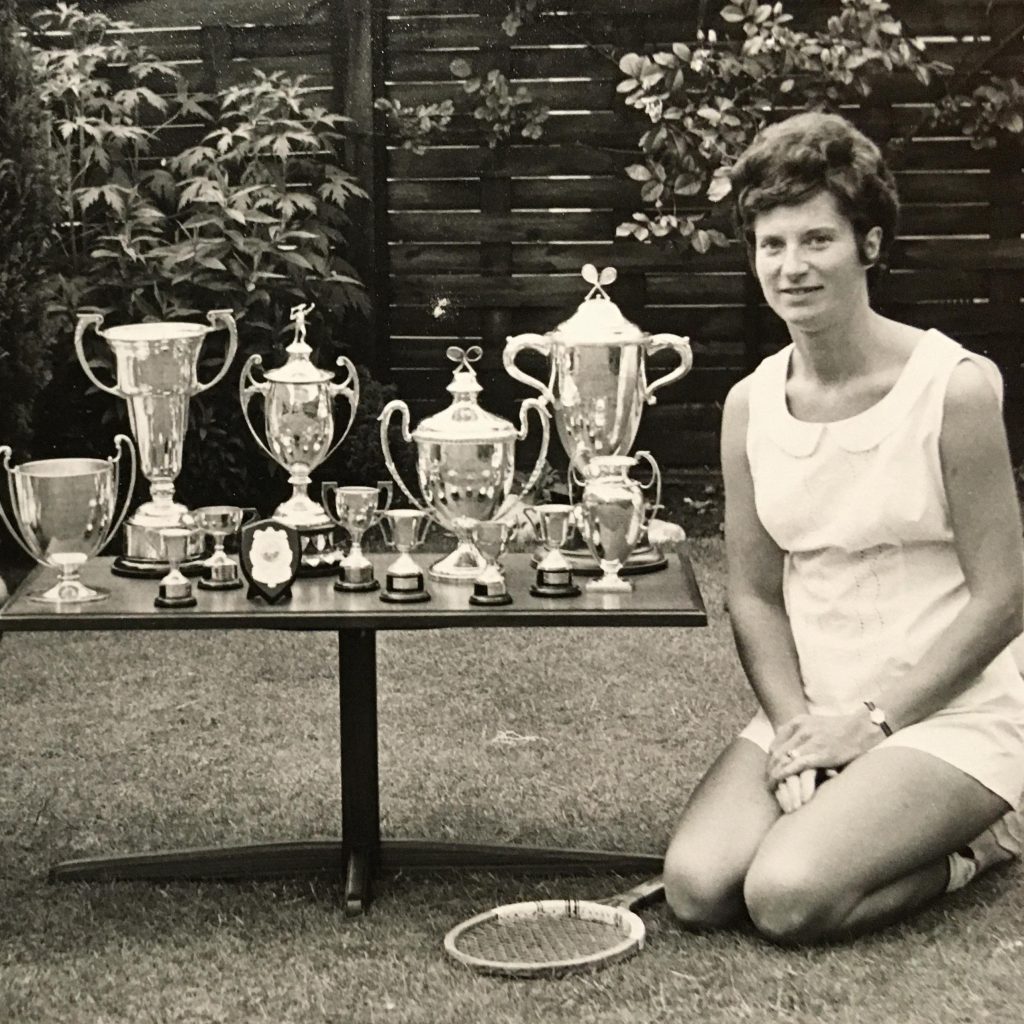 Gina was born in 1938 in Hillsborough, Sheffield. She showed an early talent for tennis and on leaving school went to London to work for Fred Perry as an administrator, which financed her playing in tournaments,  equipment and travel etc.  She then turned professional as a player and got sponsorship from Dunlop/Slazenger in the 1950s. As reported in the Star Green Sheffield newspaper on 21 June 1958, she ‘brought renown to Yorkshire and her club by qualifying for Wimbledon by winning the women’s doubles event at the Northern Club tournament, Manchester’.  She played all the major UK tournaments also representing Yorkshire in county matches.

She moved to York in 1962 with her husband, and so York benefitted from her tennis prowess.  Her first foray into coaching was at the Railway Institute in York, but in an era of wrangling over the distinction between amateur and professional the R.I. decided they wanted an amateur –  and Gina had turned professional.  This spurred her on to  set up her own business as a tennis coach. She coached at many schools including Fulford, Queen Anne’s,  Ampleforth, Giggleswick, The Mount and  Queen Margaret’s.  She held summer schools at Archbishop Holgate’s  School and coached at Clifton (now York) and Malton Tennis Clubs.  In the 1970s Gina qualified to teach coaches and put on courses at the University of York meaning local players could qualify to coach and encourage the game far and wide. 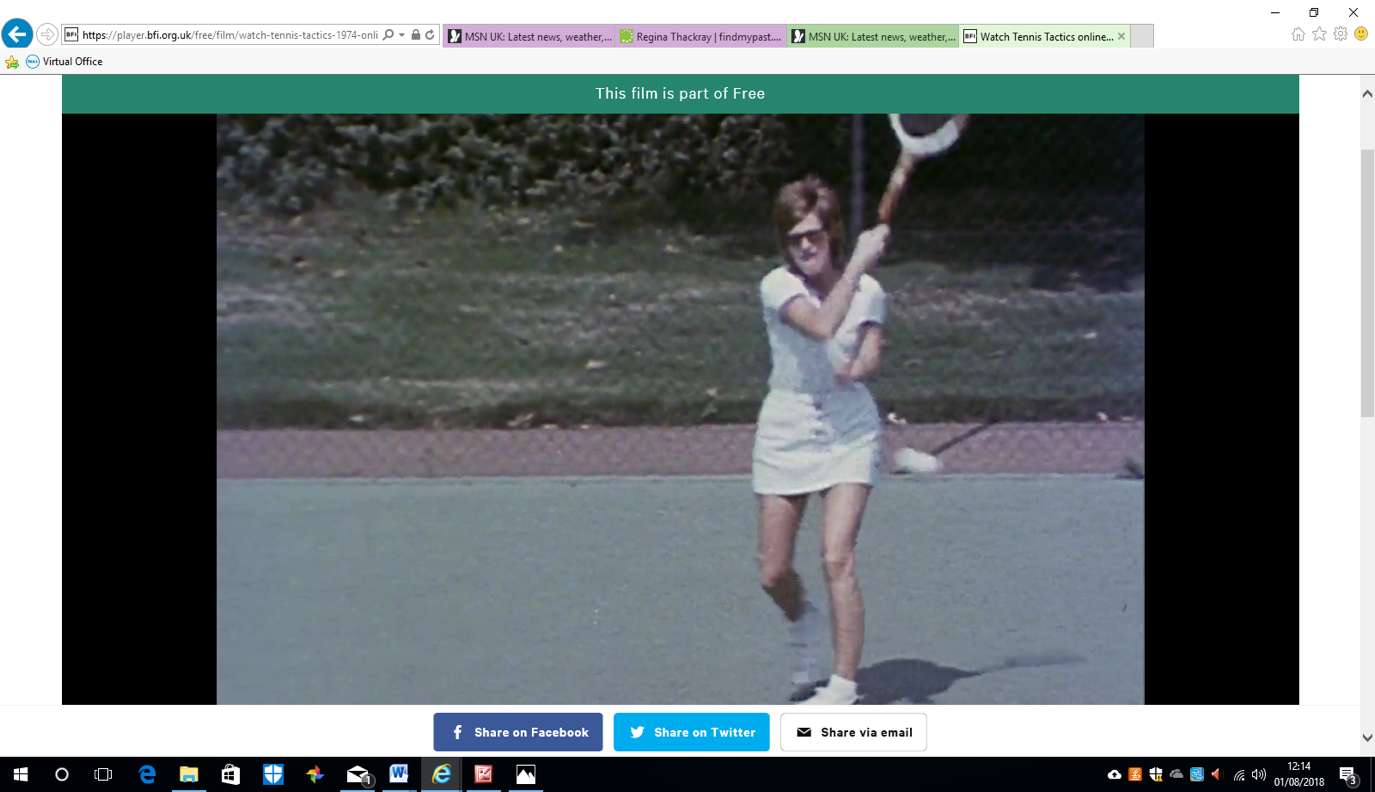 In 1974 Gina featured in a film (see still from the film, left), made by the Professional Tennis Coaches Association, narrated by Dan Maskell, a leading tennis commentator at the time.  The film focussed on tennis tactics and the players were described as ‘some of the world’s top tennis players’.

Among Gina’s pupils in York were Jason Goodall and Sarah Stirk.  Both went on to have big careers in sport, with Jason playing at Wimbledon, coaching Pam Shriver, Mary Joe Fernandez, Arantxa Sanchez Vicario and Jennifer Capriati and now a commentator. Sarah later suffered injury problems but went on to become a sports commentator with Sky.

In 1979 Gina initiated the family tournament in York, attracting sponsorship from Terry’s chocolates. This was a popular tennis event, played on the courts of Rowntree Park, for over thirty years.  She was also on the committee of the municipals tournament, which ran in York with huge success from the 1920s to 2007, attracting over a hundred entries in the period of her tenure in the 1970s and 80s. She was also instrumental in setting up Heslington Tennis Club in the early 1980s negotiating courts at the University of York campus.