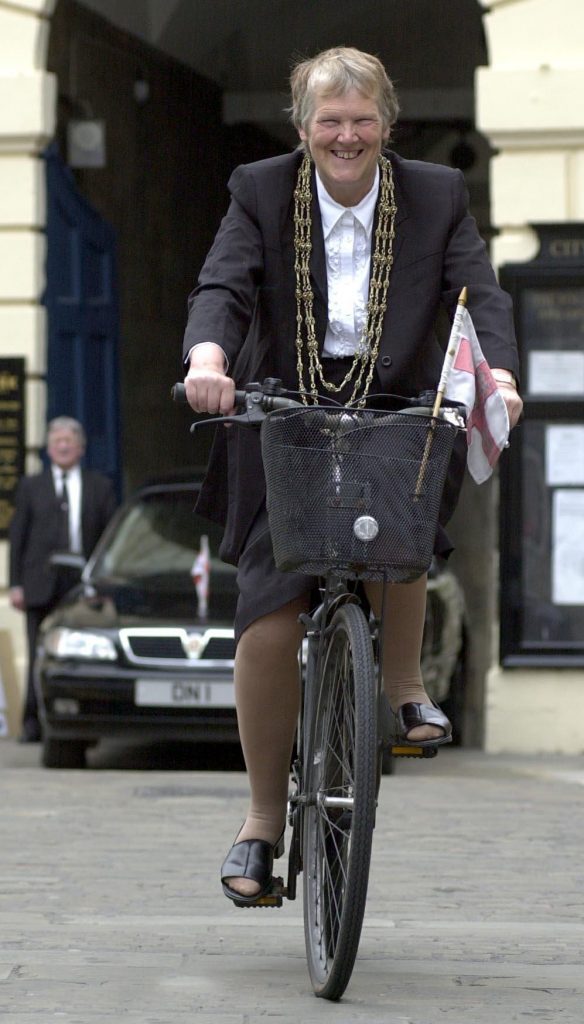 Janet moved to York in 1965, when her husband joined the, then very new, York University. She was pregnant, and looking after a two-year old. She became aware of the limited childcare provision in the city at that time, and decided to try and change this. She recalls that getting involved in the voluntary sector was also a great way to make friends.

She became active in the Pre School Playgrounds Association, and successfully led the campaign ‘Playspace’ to improve the provision and quality of children’s play in York.

Through her involvement with the National Association for the Welfare of Children in Hospital she campaigned to get a creche, a play area, and provision for parents and carers to be able to stay in York District Hospital when their children were in-patients there. She was, in part, driven by her own experience of having to leave her own ‘very small weeping child’ in hospital which she recalls as ‘awful’.

In 1979 she qualified as a solicitor, and specialised in family law. On occasion she would be asked by her firm to step in on other cases. She recalls successfully representing women protestors at who had been arrested for campaigning against the opening of York’s first Sex Shop (on Scarcroft Road). The case was heard (on appeal) at York Crown Court.

Janet Looker was one of the founding members of City of York Council, and is its longest serving councillor having represented Guildhall Ward in the city since 1985.

When the City of York became a unitary authority, she became the Council’s Executive Member for education. In this role she was able to shape the way in which schools worked together. She recalls being proudest of her work in the creation of catchment areas for schools.

Janet Looker has been Lord Mayor of York three times. Rarely one for the formalities, she is known for wearing her Lord Mayor T-shirt, and using her bike (rather than the civil Daimler) to travel to events.