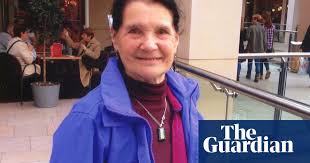 Janet was born Janet Taylor, on 27 October 1935, to Robert and Marjorie and was brought up in Barmby Moor in the East Riding of Yorkshire. She was a bookish child, who at the age of eleven, excelled in winning a County Scholarship. But this would probably have meant boarding away from home, and in the immediate post-war years her parents were reluctant to let their only child go away from home. Had she done so, she would have undoubtedly gone to university and probably into a conventional academic career. Later, in her fifties, she took the path of so many people who missed out on early educational opportunities, and obtained a BA Honours degree at the Open University, and later an MPhil. And throughout the rest of her life, she had a passionate commitment to adult education, from which she benefitted and to which she gave so much.

At sixteen, Janet began a successful career in nursing at The Retreat in York, a charitable hospital which had pioneered the humane treatment of the mentally-ill. By 21 she was a ward sister at Naburn Psychiatric Hospital, York, running a then innovative mother and baby unit for women suffering from post-natal depression. The values of these institutions – hard work, self-discipline and a compassionate care and concern for people as individuals, stayed with her for the rest of her life.

Her marriage to Alan Walker, a temporary move to Scotland, and the raising of a young family, put an end to that particular chapter of her life, but when the family moved back to Yorkshire, Janet began a second career as a social-work administrator, first as secretary to the York District Age Concern, and then with the York Community Council, which became the Council for Voluntary Service, helping develop a pioneering Student Unit for training social workers. Janet’s superb administrative skills, her deep understanding of the needs of community groups, as well as her work in tutoring and counselling individual students, made a significant contribution to the success of the Unit. She became one of the first non-social work qualified people to gain the Accredited Practice Teacher award in the early 1990s. Her work with several hundred students over 25 years, plus other roles at York CVS, contributed significantly to the vitality of the local voluntary sector in York.

And by then, her love of archaeology and history had become a life-long passion – particularly medieval art and architecture and the beliefs and rituals of the medieval Church. She developed a wealth of knowledge and expertise which she was able to use through the remarkable partnership between Leeds University Department of Adult Education and the WEA. First as an administrator and tutor, and later as Director, she made a significant contribution to their series of Medieval Art and Architecture Summer Schools throughout the 1970s and 80s, and for many years was a tutor for WEA and Leeds University Extramural classes in Yorkshire. She was able to communicate her love of, and enthusiasm for, her subject to her many hundreds of devoted students over the years, and for many, changed lives.

Janet loved plainchant, and was for many years an active member of the Leeds Schola. She also linked with the Schola Greoriana of Cambridge, which was under the directorship of Dr Mary Berry, joining in workshops and singing in a number of cathedrals and abbeys in France, Italy and Spain. One highlight was the singing pilgrimage she made with the Schola along the pilgrim route to Santiago di Compostella.

In her later years, Janet particularly loved visiting the family cottage in Killin in the Scottish Highlands and sharing the experience with friends. She delighted in driving there from Yorkshire, along every conceivable highway and byway, avoiding motorways (which she loathed.) She was an Advanced Motorist, and was absolutely delighted when, for her 75th birthday, her daughter and son hired a Morgan sports car for her to drive for a day!