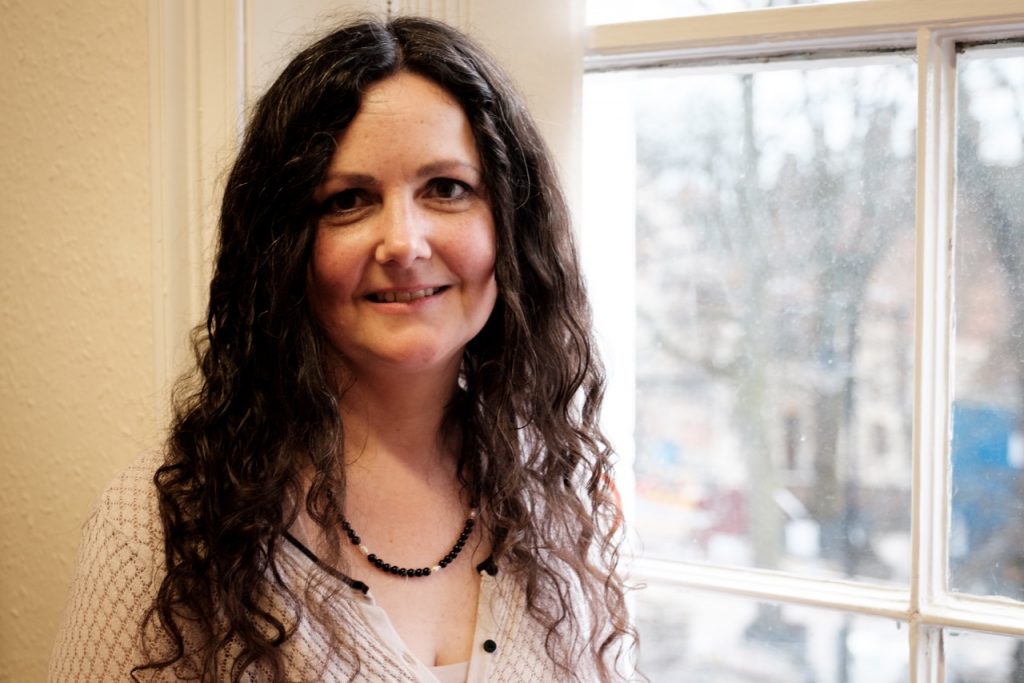 Juliet Forster became Associate Director of York Theatre Royal in 2007. She has a degree in Theatre from the University of Birmingham. At first she was more interested in the acting side but as she continued she found “the other side of things” more intriguing with directing the most enjoyable. She started as a lighting designer but as a woman, in what was at the time an overwhelmingly male field of work, she often experienced both prejudice and tokenism. As a child her parents had treated her and her brother as equals and given them both the same challenges and opportunities, so to find prejudice as an adult was an anathema to her and would be something she would always have to challenge.

Her career in the theatre has covered a multitude of roles: after university she set up her own theatre company with friends from Birmingham; for the Royal Shakespeare Company, she has directed young people’s productions based on The Tempest, Comedy of Errors, Much Ado About Nothing and Henry IV, Part One, as well as regularly leading teacher training sessions on practical approaches to Shakespeare; as Artistic Director of Custard Factory Theatre Company, she directed national tours of A Doll’s House, The Pastoral Symphony and The Gloop Monster. She started as a core member of the company, producing and managing the work, as well as running workshops and youth theatre, and designed the lighting for all the touring productions then became the Artistic Director: and as a Freelance Theatre Lecturer at Stratford-upon-Avon College she contributed to several courses including Small-Scale Touring, Lighting Design, Greek Theatre, 20th Century British Comedy and Women Playwrights and Feminist Theatre.

Juliet has also written plays including; “Torch” which was about domestic violence and has written several adaptations of Shakespeare’s plays, Angels & Insects, Tales from Kafka, The Book of Dragons, Tomorrow’s World, The Pastoral Symphony, View, Five Princes and a Wedding, Juno’s Swans, The Land of Counterpane, Rabbit & Hedgehog, Whatever Next, The Great Smile Robbery and The Gloop Monster.

At York Theatre Royal Juliet directs and programmes work for the Mainhouse and the Studio theatres: heads up all the creative engagement work for children, young people and the adult community; and is Chair of the Trustees for Out of Character Theatre Company, a company set up in 2009 and based at York St. John’s University for “artists and performers who happen to have experience of mental health Services, and include the support and participation of students and volunteers” She has directed Objects of Terror, Tales from Kafka and Henry IV with them.

Juliet is one of a small number of female directors. The imbalance between male and female directors working on stages across England is laid bare in research by Stage Directors UK (SDUK).  At York Theatre Royal, – which had a 65/35 split weighted towards women – they dedicated the 2017 programme ‘Of Women Born’ to promoting women directors and writers.

Everything is Possible: The York Suffragettes (June 2017) by Bridget Foreman, part of the ‘Of Woman Born’ programme, was directed by Juliet and Katie Posner. This was a remarkable achievement made possible by York Theatre Royal and Pilot Theatre. The play is the story of Mrs. Annie Seymour Pearson, the only York suffragette to have been imprisoned, though only briefly, and her work in providing a safe house, concealing suffragettes on the run from the police.

Juliet had been part of the directing teams for large scale community productions in York before, and had noticed how there were always at least twice as many women signing up for the productions than men, and yet it was always the male actors who got the lion’s share of the main roles, as the narratives chosen focused so strongly on men. She was determined to create a community play where the narrative would be led by women. It was also important that the project helped to build confidence in women and inspire them that anything was possible. Consequently, she set up lead-in sessions with various groups of women in the city, who were encouraged to be part of the cast. One of these groups was KYRA, a volunteer led charity based in the centre of York. Almost like the suffragette ideals, KYRA is supporting women who want to make changes in their lives. It provides a safe and welcoming space, for the empowerment of women. KYRA members were among the 150 people in the cast, alongside a further 200 volunteers (choir, wardrobe, props, archive etc.) involved in bringing off this ambitious project triumphantly. ‘The spectacle in Everything is Possible is partly due to its physical spread. Evening performances begin with a “demonstration” outside the Minster, with 21st Century women entertaining with songs of protest or declaiming generic calls to action. Suddenly it all seems more real as the meeting is invaded by genteelly determined suffragettes. When the police move them on, they move us on, too, audience and the crowd scene of community actors, down to the theatre where the auditorium is alive with the sound of protest.’

Possibly the most exciting and unusual achievement for Juliet to date, was to be involved in Europe’s first pop-up theatre which was in York in the summer of 2018. The theatre was a copy of Shakespeare’s Rose Theatre. Juliet was the sole woman director of one of the four Shakespeare plays performed during this period, A Midsummer Night’s Dream. The construction of the entire building located on a site adjacent to the historic landmark of Clifford’s Tower included not only the theatre but other attractions and facilities to create the atmosphere of the original theatre. Juliet broke with tradition and cast Oberon as a woman and Titania as a man, which was to create an even more amusing interaction. The team of aerialists who soared above the stage added another dimension to the play.

Juliet was awarded The Writers Guild of Great Britain Theatre Committee Awards for the Encouragement of New Writing, November 2013 nominated by Neil Duffield. This perhaps sums up Juliet’s contribution not only to the theatre but to York also, he says,

“…..it’s not just for the encouragement she’s given to my own writing that I would nominate her. Juliet is one of the founders and principal organisers of a wonderful annual event called the Playhouse Project, a festival of new work involving four theatres – York Theatre Royal, Plymouth Theatre Royal, Polka Theatre for Children, and the Coventry Belgrade. Every year 2 each of these theatres commissions a new play to be performed by children aged 8-11. Six primary schools in each city take part and the plays are performed in the respective theatres with professional support at every stage in the process. One of the key features of the scheme is a week-end get together with directors, writers, teachers, and other professionals to read, discuss and work on the new scripts.……..It’s a rare thing for professional writers to be commissioned to write a play intended to be performed by 8-11 year olds and an incredible experience for all involved. Juliet is the sort of director who doesn’t make a huge shout about the work she does in commissioning and supporting new writing, but, in my opinion, there can be few who could match her.”