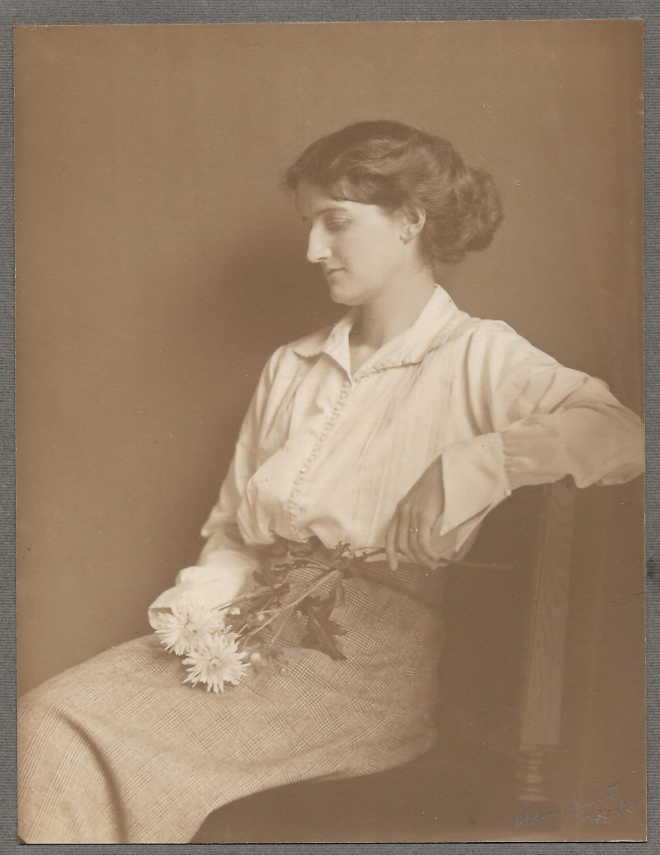 In November 1938 Mary Hughes co-founded the York Refugee Committee, one of a nationwide network of volunteers, which offered financial support to and found homes for Jews and political refugees escaping occupied Europe. Mary Hughes was Hospitality Secretary and worked closely with Dorothy Ditcham, the Secretary. Mary speaks in her letters of the work:

I begin every day by a cablegram . . . the post is enormous and leaves a morning’s work after which I go out and see people who might be persuaded to give hospitality and talk and talk and put cases before them.  Or sometimes at the end of a day I get a special airmail letter from Germany about a case . . . and I have to wire the Head Office at once and ask for it to be put through as soon as possible.

One major challenge was providing financial guarantees and Mary worked tirelessly to raise a fund, including contacting Jews in New York and in Leeds. Mary wrote:

It is too much for me I know – but I’d rather die doing too much than too little . . . If you get behindhand a day with this Refugee work then its hopeless trying to catch up on it – it grows to enormous dimensions with each post and telephone call!

The Committee was very successful and by May 1939 there were 118 refugees living in York. Two employment bureaus were set up, along with sports and social clubs. Many of those who were settled in York during the war chose to stay after 1945, a lasting testimony to the work of Mary Hughes and the Refugee Committee.

I have sad cases coming to me almost daily now and just can’t find hospitality for them –Oh! that people would open their doors!  I feel every Quaker house should be ashamed if it hasn’t one refugee at least.  But will they come forward? No!  Some of course we can always rely on…

From a letter written by her son, John Hughes:

Mum is continually on this job of refugees, working against appalling difficulties but every now and then bringing off a miracle. She knew of a young man in Leeds who had been in one of the most awful of the concentration camps and had got free. His brother is in C.Slovakia and in danger of being sent back to Germany and heaven knows what there. Could we get him out? Mum was rung up about him on Saturday morning and then later on the young man came over himself. Mum then went to Mr Smyth who is the treasurer and most sympathetic and the two of them worked out a guarantee for the young man’s brother and he went away with it with the words “Oh I am so happy!” Mum has really no money to give these guarantees but feels she must take the risk. And now she is doing all she can to raise a big guarantee fund for cases like this.  For people must be rescued.  She has written to the Jews of New York asking them to provide her with funds and I hope we shall hear that they will… since then she has been over to Leeds to see a Jew there who is doing marvels, and he practically said he would get her anything she wanted, and expressed his sense of wonder that the Christians should be doing so much. And Mum and I were thinking there is neither Jew nor Christian in all this but something above and beyond to which we all belong, viz the Kingdom of Heaven!