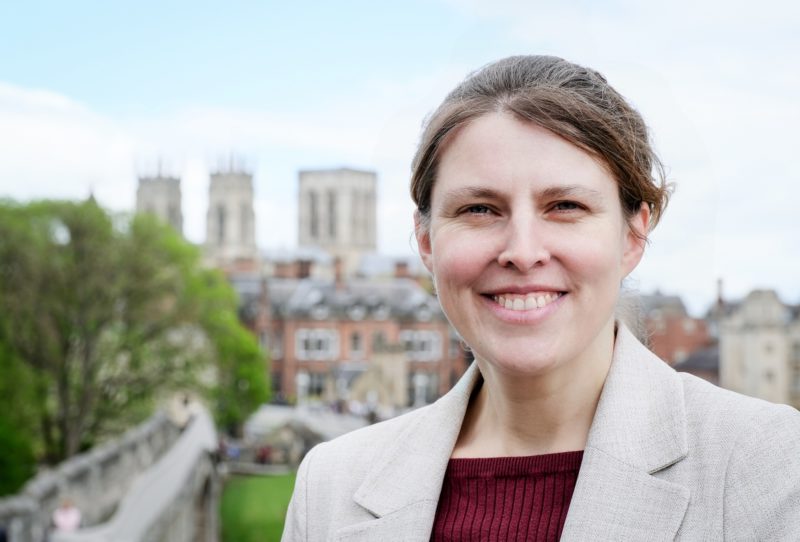 Rachael Maskell was born on 5 July 1972 in Winchester, on the anniversary of the NHS. She had a good childhood, growing up with her parents and older sister, and spent time outward bound whenever she could, walking, cycling and involved in guiding and later scouting, as well as playing the piano and cello in a local orchestra and singing in choirs. Her family were Labour Party supporters and trade union activists. She also acknowledges the influence of her uncle, Terrance Morris, an academic, and radical penal reformer, who was called upon by the Wilson Government to reshape its justice agenda.

Rachael would describe herself as a socialist and believes that only a radically transformative political agenda can address entrenched inequalities across our society. Alongside her politics, as a Christian, Rachael does believe in the equality of all, and this drives her dedication to serve with integrity and humility. She is involved in a local church which is committed to meeting the needs of the community in a practical way.

Rachael graduated from the University of East Anglia with a degree in physiotherapy in 1994. After starting work in the NHS as a physiotherapist she became a trade union rep in the hospital. She then worked for the Unite trade union, becoming a regional and then national official, where she led many campaigns. Rachael was the National Officer for Equalities and Diversity, then for the Voluntary and Community Sector, before becoming Head of Health.

She has been the Labour and Co-operative Member of Parliament for York Central since 2015. Rachael received the second highest swing in votes across the UK in the 2017 General Election and bucked the trend at the 2019 General Election by maintaining a significant majority.

Rachael says: “I’ve spent my life working across the whole Labour movement. Together we can deliver change and social justice. I’ve spent my life putting those values into practice, and that’s what I will always do as York’s MP.”