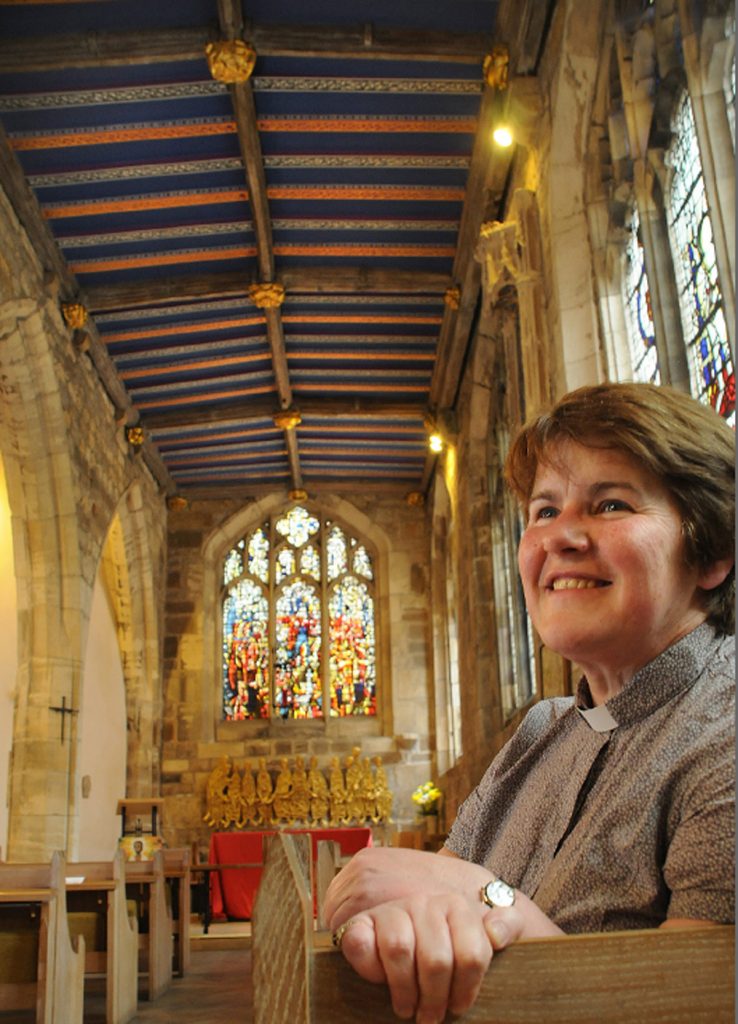 During her time in York, she oversaw a number of key projects at All Saints Pavement.

A stained glass window paying tribute to York servicemen and women who served in Afghanistan – including three who were killed in action – was installed at the church in 2015.

The window was funded by the City of York Afghanistan Commemorative Appeal, following the deaths of Marine David Hart, Trooper Ashley David Smith and Lance Bombardier Matthew Hatton. More than £17,000 was raised to achieve this lasting memorial.

In 2018, about 30,000 poppies were installed on the church walls to commemorate the 100th anniversary of the Armistice which ended the First World War.

The poppies had been knitted, crocheted and cut out of felt by people all over the country and then attached to lightweight garden netting to create the art installation, which was Jane’s brainchild.

The Rev Nattrass said the collaboration on the window and the poppies project had ‘touched the hearts of thousands’.

In December 2019 Jane moved on from York to become Vicar, Gosforth St Nicholas, and Area Dean, Newcastle Central Deanery. She said, “It has been a privilege and a great joy to serve as a priest in the wonderful City of York,” “It was a very sad day when it was announced that I was leaving the parishes after almost nine years. It has been a God-given grace for me to have and share ministry in York.”