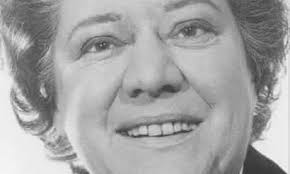 Kathleen Jones (1922-2010) founded the department of social policy and social work at the University of York in 1965.

Daughter of a lorry driver and a dinner lady, she was brought up on a large council estate. She won scholarships to the North London Collegiate school and Westfield College, part of the University of London (then based in Oxford in the early years of the second world war), where she edited the student paper Oxford Socialist. She queued at Her Majesty’s Stationery Office to buy the Beveridge Report, which proposed social welfare reform, when it was published in 1942. As a lecturer in postwar reconstruction for the Workers’ Educational Association, she introduced the report to her extramural classes.

In 1944 she married a fellow student, Gwyn Jones, who was an army chaplain. On being demobbed he became a chaplain at a large mental hospital in Lancashire and Kay worked as its volunteer public education lecturer. She became fascinated with the history of these institutions. No one had written in detail about them and yet she found there was a mass of documentary evidence. After some difficulty finding a supervisor she began a doctorate and in due course obtained a post at the University of Manchester as a research assistant.

In 1961 Enoch Powell, then minister of health, announced the closure of large psychiatric institutions. Kay thought this was nothing short of asset-stripping by the NHS – mental-health patients were to be returned to local authorities in large numbers, with inadequate funding, no research base and no staff retraining. She campaigned against the plan with a mass of publications and speeches. Powell sent her handwritten letters expressing his annoyance.

When Lord James of Rusholme, the first vice-chancellor of the University of York, headhunted her to be “director of social work training”, she told the appointing committee that social workers should be educated – not trained like seals – and anyway she was not a social worker. She was appointed professor of social administration in 1965. The university was new with little space, so Kay started recruiting staff and students from a student bedroom. Professor Jones was head of department there for 24 years. By the time she retired, in 1988, the department had become one of the largest and most successful of its kind in Britain.